Warning: count(): Parameter must be an array or an object that implements Countable in /home/customer/www/labequipmentcenter.com/public_html/wp-content/themes/Extra/includes/template-tags.php on line 54 We live in a world of constant advancement and evolution. The world around us seems to constantly be changing, and while some people may not be fans of this constant rise up, it’s created for a rather exciting time to be alive. The advancements we’re making in technology every single day have not only been amazing in their own right, but they’ve also allowed for achievements to take place in other areas of our world as well.

Technology is used everywhere nowadays. No matter which sector of our world that you look at, technology is being used in some way or another to help further our world even more. These technological advancements have been most notable in the science world, and as a result of this, we’ve seen a tremendous amount of achievements in the world of science throughout 2016.

While the year might not officially be over just yet, we’ve already seen a heap of exciting achievements that are well-worth talking about. Although we don’t have time to go over every single scientific achievement that’s been made, here are the biggest and most exciting ones that we’ve seen so far.

Discovery of a ninth planet in our solar system

When you think of our solar system, you’re probably familiar with all of the planets that exist in it – Mercury, Venus, Earth, Mars, Jupiter, Saturn, Uranus, Neptune, and Pluto. However, Pluto has been an area of much debate among folks as to whether or not it should actually be considered a real planet in our solar system. Before Pluto was initially discovered, there was theorizing that a planet existed beyond Neptune, and this planet was given the name of Planet X. However, thanks to studies that were conducted by the California Institute of Technology, there is now official proof that a ninth planet does exist beyond Neptune. This planet has an orbital period of 15,000 years, and according to the research that was done, this ninth planet is around 2 to 15 times the mass that planet Earth has.

In a world that’s so dependent and reliant on technology, it only makes sense that we are in a constant need to store more and more data. Between personal photos, work documents, software code, games, etc., there’s a never-ending list of things that we need to save and store on a digital format. While storage is certainly plentiful, the devices we use to store our information have relatively short life-spans. Storage can be made quite cheaply nowadays, and while that makes it more affordable on our pockets, it also means our storage is at a greater risk to being lost. The University of Southampton created a storage method that can hold up to 360 TB of storage and is resistant to temperatures of up to 1,000-degress Celsius. The device is created out of a nano-structured glass, and it has a shelf life of about 13.8 billion years when kept at a normal room temperature. For those keeping track, 13.8 billion years is around how old our universe currently is. SpaceX was able to vertically land a rocket

When rockets launch into space, there’s this idea that they land vertically on planets and moons when discussed in comic books, cartoons, etc. However, as we know, that’s not really how the whole thing works. When a rocket is launched into space, it is discarded at some point and launched into the ocean.

This is a costly matter, but it’s been done for some many years because of the insane challenge that is faced when trying to think about just how to vertically land a rocket once it’s been launched. This is something that NASA hasn’t been able to do during its many years of operation, but the private company SpaceX decided to do something about that this year. The company used their Falcon 9 rocket to land vertically on a drone ship of theirs, and the test turned out to be a huge success. While this might just seem like a cool achievement on the surface, it could actually create for a lot of change when it comes to space travel. Being able to successfully land a rocket vertically once launched in space would drastically save money and other costs that wouldn’t have to be spent to go and retrieve it from an ocean, and this will also help to save a large amount of time needed in order to prep consecutive launches to space. 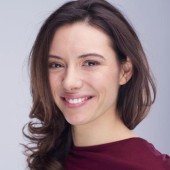 How to Handle a Microscope Properly